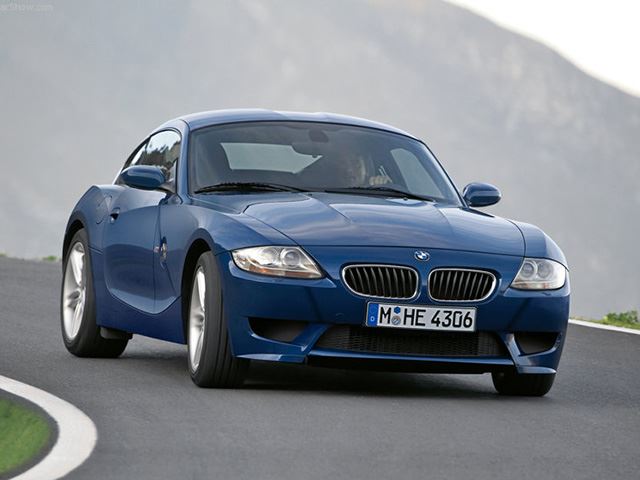 We all agree that the E46 generation M3 is a wonderful car and a future collectible, but listen to this hypothetical scenario. You have found an E46 M3 for sale. It is a late model year with low miles and Laguna Seca Blue paint. The car is in your budget and you quickly rush to the seller’s house to throw your money at him. Then you get the keys, step inside to press in the clutch and…. no! It’s an SMG! Now your perfect find is nothing more than an overpriced waste of an afternoon. If only there was an alternative to such inevitable heartbreak.

That’s where the BMW Z4 M comes into the picture. BMW built an M version of the Z4 from 2006 to 2008. Just 3,042 convertibles were built for North America and only 1,815 coupes. Although the convertible is also a good car, the more exclusive coupe is the future collectible to buy. Powered by the same 3.2-liter S54 inline-six engine as the E46 M3, the Z4 M coupe could hit 60 mph in 4.7 seconds. The S54 produced 330 horsepower (just three less than the M3 due to a shorter exhaust) sent to the rear wheels through a new (at the time) six-speed manual; the E46’s transmission wouldn’t fit the Z4. Aside from the engine, the Z4 M borrowed the M3 CSL’s aluminum hubs, cross drilled iron floating rotors brakes and most of the suspension components.

The Z4 M was also given a bespoke Siemens MSS70 engine management system with higher processing power than the M3’s unit. The M also ditched the standard Z4’s electric power steering for a better feeling hydraulic unit. With the arrival of the new BMW M2, we look back on the Z4 M and remember just how enthusiast-focused it was. The six-speed manual was the only transmission option and prices started at a $52,100 for the roadster. With prices of low mileage examples now reaching the $30,000 mark, you may wonder why anyone would pay more than $50,000 for a new M2. The Z4 M still looks modern and packs a no-frills driving experience that is rare to find on today’s sports cars.
Although the Z4 M featured options like power memory seats, upgraded audio, heated seats, extended leather, and navigation, we feel that buying a bare-bones model is the way to go. That way you can enjoy the naturally aspirated inline-six revving all the way to its 8,000 rpm red line. Although the car only has two seats, the shooting brake design yields a large trunk that almost matches the Corvette’s level of practicality. Did we mention that the Z4 M was 0.8 of a second faster around Top Gear’s test track than the base C6 Corvette with the LS2? What you are basically buying with the Z4 M is a sportier E46 M3 that is newer, better looking and rarer. And it doesn’t come with an SMG!
Avoid the temptation of buying the less expensive and more plentiful Z4 M roadster. Although this car is also a delight to drive, it is not as unique as the coupe and won’t be as collectible in the future. The S54 powered Z3 M coupe has already become one of the most desirable BMWs on the market. Get yourself a Z4 M coupe while they are still “reasonably” affordable. 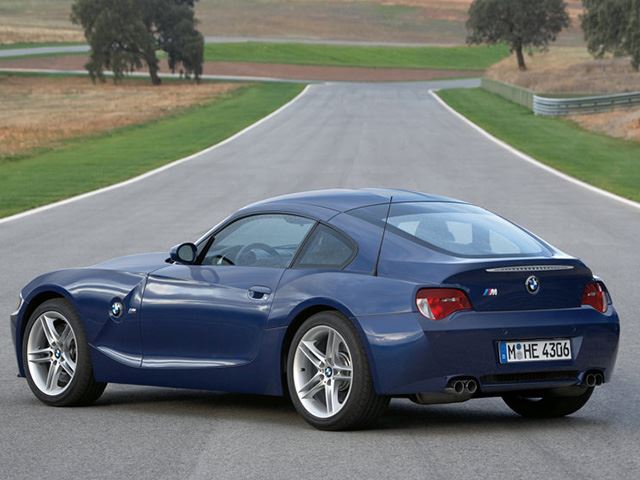 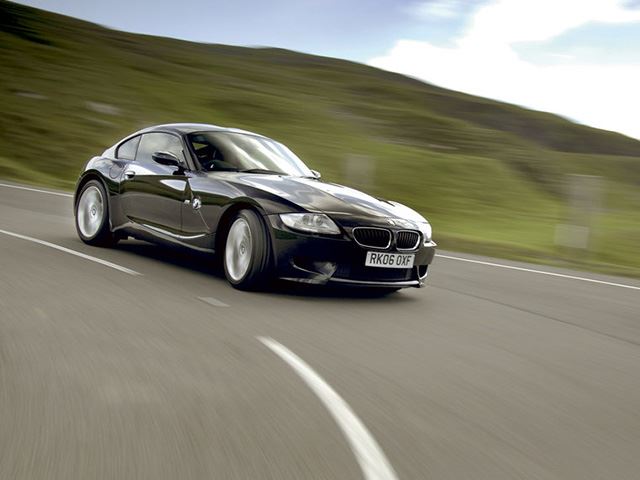 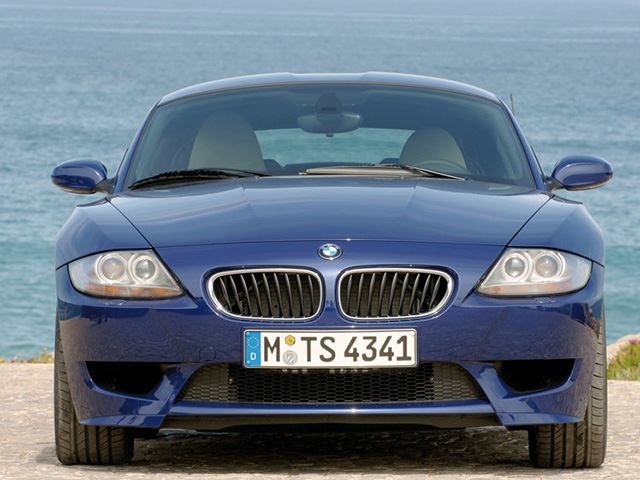 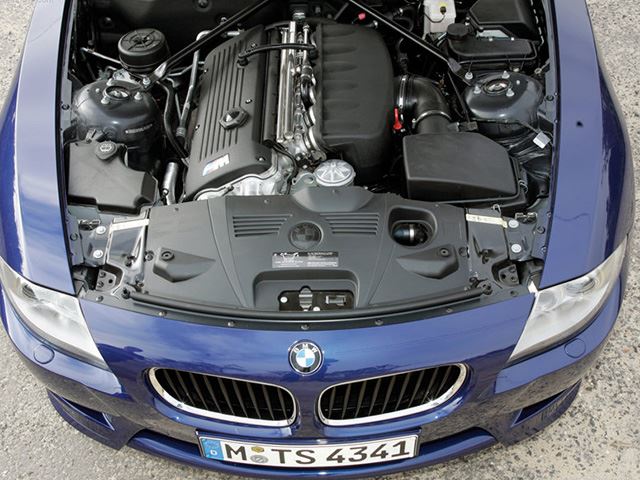 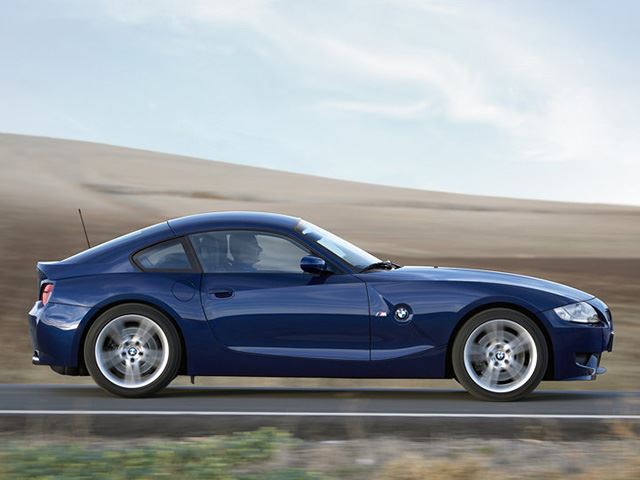 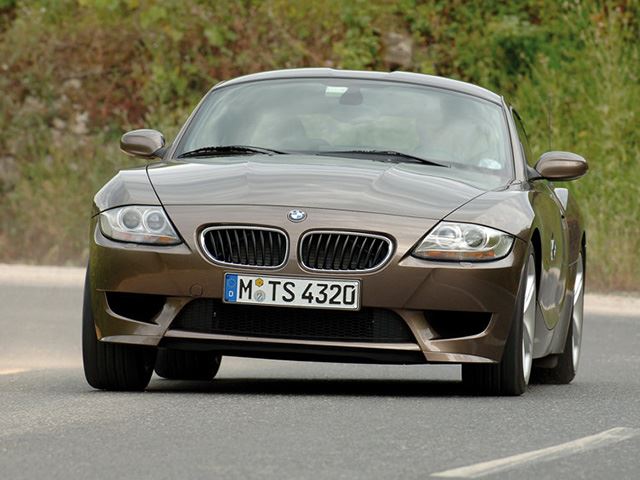 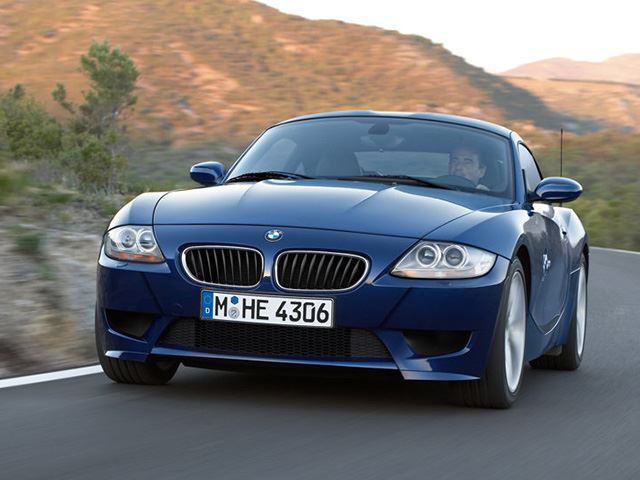 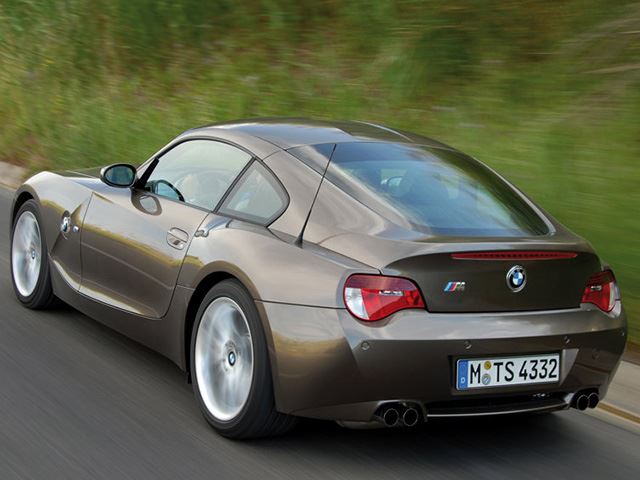 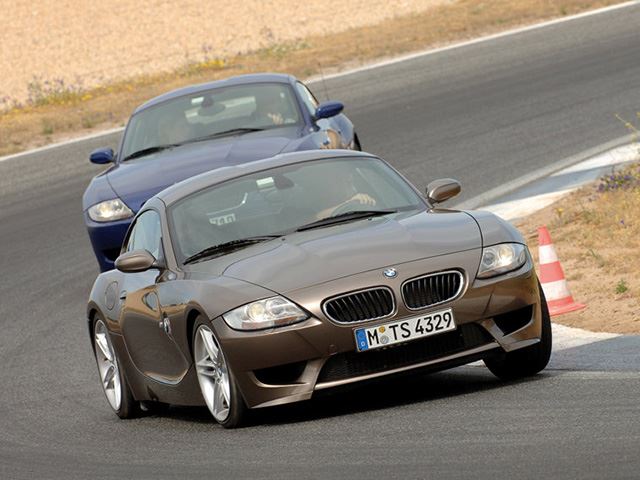 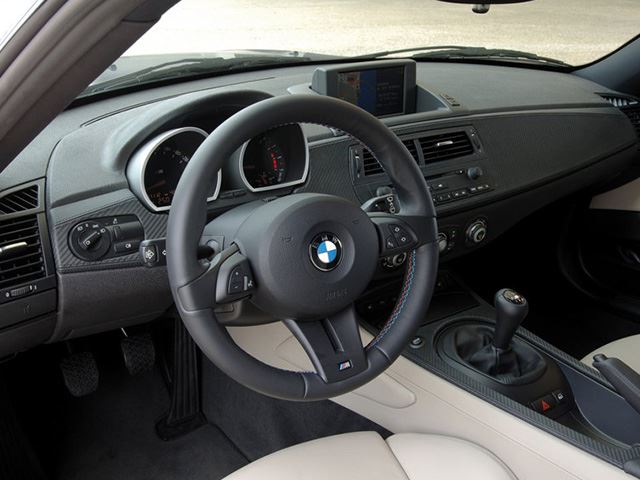 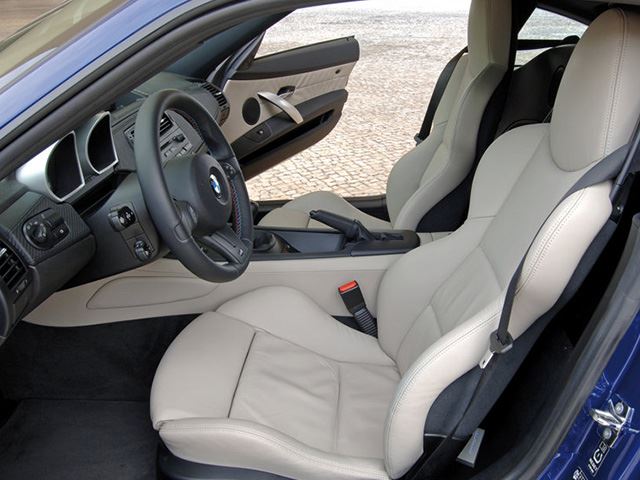