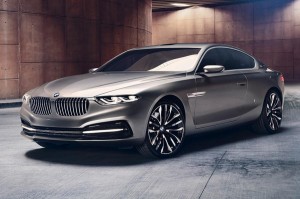 The BMW 8 Series name will be resurrected on a new flagship model as part of moves to provide greater competition to long-time adversary Mercedes-Benz and its S-Class coupé, as well as the Bentley Continental GT .

The new 8 Series, tentatively due in 2020, is planned to be a technological flagship with driveline components, multi-material architecture, electrical system and connectivity solutions closely related to those used by the recently introduced sixth-generation 7 Series. It will be built at BMW’s Dingolfing factory in Germany from 2020, according to sources with knowledge of the German car maker’s future production plans.

While shrouded in secrecy, insiders at BMW’s R&D centre in Munich suggest that two differing layouts for the 8 Series have already been put before BMW chairman Harald Krueger, who is personally driving plans to extend the BMW line-up to include additional luxury models.

The first adopts a four-door layout and is described as being “similar in concept to the BMW 6 Series Gran Coupé only bigger and nobler in appearance”. An alternative layout calls for a more classic two-door coupé and cabriolet pairing.

A final decision on which direction BMW will take is expected to be officially showcased in a concept of the 8 Series in 2018.

Among the reasons behind Krueger’s push to extend BMW’s reach at the upper end of its line-up is the continued success and profitability of the Mercedes-Benz S-Class and its various derivatives in key markets such as the USA and China.

With the introduction of the new sixth-generation model, BMW expects 7 Series sales to increase to around 70,000 in 2016, although officials acknowledge it will still trail the Mercedes-Benz S-Class for overall sales this year.

“With the decision to bring back the 8 Series, Krueger is looking at a potentially lucrative revenue stream with high profitability on a per unit basis,” a BMW senior manager revealed to Autocar. It was also suggested that pricing of the new car would distance it from Rolls-Royce models.

Rumours of a return for the 8 Series name stretch back to 2010, but bosses officially denied that any plans to bring back the nameplate existed in 2013, when the German firm unveiled the Pininfarina-designed Gran Lusso concept. The original BMW 8 Series was built from 1989 to 1999 as a two-door coupé. 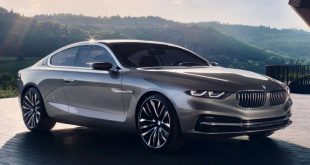